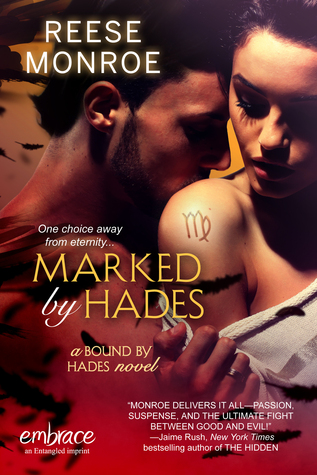 One choice away from eternity…

For 911 years, Gatekeeper companion Justin Bradford has denied the possibility of being mated to only one woman. He enjoys them all too much to settle down. So when he feels his mate’s Ahavah mark surface, his first instinct is to ignore it. But when he sees the leather-clad beauty in need of his help that’s easier said than done…

Yvonne wakes up naked on a cold park bench in a small town with no memory of who—or what—she is. All she knows is the gentle man who woke her was turned to dust when she touched him. And now the strange mark that appeared on her shoulder throbs in the presence of the raven-haired man now offering to help her…

As Justin and Yvonne navigate the mystery of her past, their bond grows, but the secrets they discover and the sacrifices that must be made could be enough to rip them apart for eternity.

When my hubby was starting his Physical Therapy practice, he did a lot of reading. Kind of comes with the territory. But one day he came up to me and announced, “There’s no hope!”

I was like, “Huh?” and got ready to launch into this whole pick-me-up speech, but then he smiled and told me what he meant.

No, we should be saying, “I will do this. I will be a success. I will get clients.” It’s a mindset-thing!

Well, my Sadie, in my novel Forged by Fate, had a lot to face that didn’t leave her with much hope, at least in her eyes.

Abandoned at birth. Raised in group homes because she wasn’t “wanted” by a family for adoption. Freakishly intense strength. So smart she never fit in….The list goes on.

Instead of buckling beneath the weight of her differences and her struggles, she focused on growing through them. She became a black belt, honed her intelligence to graduate from college by age eighteen and lined up a sweet job right after.

Now, she didn’t expected a nine-century old Gatekeeper to Hades to come plowing into her life…But I’ll touch more on that in a second.

I didn’t grow up wanting to be an author. Never participated much in “writer-like” events. No, I was a jock. Played with the boys. Played college sports….so when stories started bombarding my mind, I was a little freaked out.

Thirty-four novels later…Yeah, there have been small failures along the way (though I call them learning opportunities), and not everyone likes my stories, but I did it. I am doing it.

You just never know what path life might put you on, but if you’re willing to face challenges head on, you’ll get through anything.

Back to my character, Sadie, as an example. She had her life planned out, and it looked good. She was ready to show the world she was more than her upbringing. The supernatural world that is Theo Bradford challenged those plans, big time, but Sadie met that challenge head on.

Heck, she laid Theo flat the first time she met him! **Girl after my own heart**

The adventurous ride that follows helps mold Sadie into what she’s meant to be. She doesn’t sit back and say, “I hope everything turns out okay.” Or “I hope I can do this.” No, she kicks ass and uses the hope for a better life deep inside of her to be strong and make good things happen.

Here’s an amazing, inspirational video about tough times and those who keep on keepin’ on! It’s inspired me since day one of this writing journey!

So, what things are you NOT hoping for? *wink* 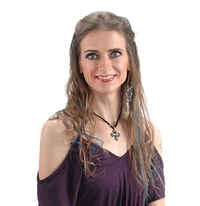 Originally from Minnesota, Reese Monroe currently enjoys living in the sunny Arizona desert with her husband of seventeen years and her loveable Shetland Sheep dog, Maddux. Monroe holds a degree in psychology from Southwest Minnesota State University and a master’s degree from the University of Iowa. When she’s not busy writing her next trilogy, she can be found pounding the pavement, training to run her first marathon.

Reese Monroe is a contributing blogger at the widely popular site New Adult Alley and has been part of the New Adult revolution for years having penned over twenty-five novels in the exciting new category.